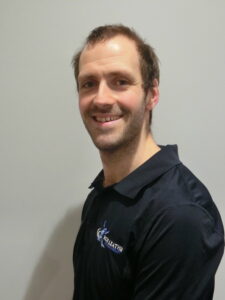 Will has a highly regarded reputation in the profession due his thorough and holistic approach to rehab. His background in elite sports has given him extensive experience in delivering performance based rehabilitation with an individualized return to play content. He has helped many people recover from various different injuries through his use of specific exercise prescription, manual therapy and a range of soft tissue techniques.

Will developed a large proportion of his expertise at Leicester Tigers, including being part of the 2013 Premiership winning side and helping England and international players recover and prepare for various different competitions including the Six Nations, World Cups and The Lions. It was here he also based his research for his now published masters dissertation.

Will has spoken at several conferences across the east midlands and has been invited to deliver guest lectures at Nottingham University. He has been an adviser on a validation panel and has also mentored many physio and rehab students who have successfully moved into therapeutic careers within elite sports, including Exeter Chiefs and Worcester Warriors

Will has 2 young children which keep him very busy! When time allows, he is a keen tennis player and plays mens doubles in the local county leagues. In his late teens he was lucky enough to work for the Lawn Tennis Association as a line umpire and worked at various different tournaments across the UK including Eastbourne, Queens and Wimbledon. He also enjoys golf, road cycling, mountain biking and before having children, completed several triathlons.